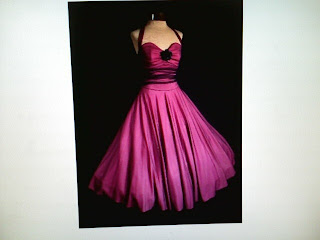 So my best friend sent me this pic of what her wedding dress will look like, only picture it in ivory. LOL. It's a very pretty dress and I am sure she is going to look lovely. By the way, as of this post, there are 295 days, 4 hours and 2 minutes until Lucia's wedding! I put a countdown thing on my phone. LOL

Today, I went and got the microphone thing to use with the video chat and it turns out my laptop does have a microphone already installed. I feel silly because I had no idea and bought something I did not need. I will return it probably, because it was $26. Thankfully I usually have no issues returning something to Best Buy.

While waiting for Mark to show up online, I was watching tv. Did you know Animal Planet has a show called Animal Cops: South Africa? The premiss is the same as the other Animal Cops shows, except it is in South Africa. I had no idea they had the SPCA over there. Seriously! It was very interesting to watch and see what animals they were helping. They even had a dog that had Pink Eye... if recall Peanut had Pink Eye back in December. Peanut's pink eye was cleared up in a week and he is no worse for wear because of it.

I'll keep you posted on how/if the video chat with Mark happened or if he called and how things are going.
Created by ~Marie~

Marie, now this is a lovely wedding dress! I luv weddings. I have tried sooo many times to watch Animal Cops and after 10 minutes I cut it off. I always end up crying, hmmm, I wonder what other countries have Animal Cops.
p.s. Enjoy your lovely and sweet video chat tonight!