Friday was really no diifferent that any other Friday for me. I woke up and once I got situated away, I took Peanut to the dog park for a bit. When we got there, there were a bunch of large dogs and owners I did not recognize, so I chose to take Peanut into the small area. We played ball for a bit but Peanut was growing restless, so we got back in teh car. I went to Crunchies, our local organic pet food store, and picked up some chewies for Peanut. Then off we went to another park.

This park is called Allen Pond Park, it’s a man made pond and park. Peanut had to remain on leash but that was ok. We walked the entire pond, and saw many geese. 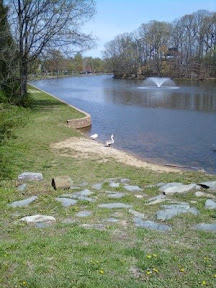 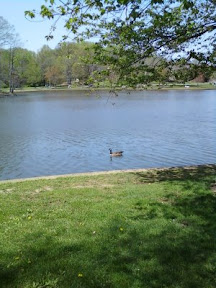 In this last one here, the geese seem to really like this pier! 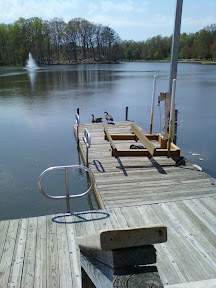 After the park and what not, we went back home, ate some lunch and lounged for a bit. It wasn’t long before I had to head out to Mark’s softball game.

They played pretty good, but they lost both games. The season is just starting so they have plenty of time to improve. 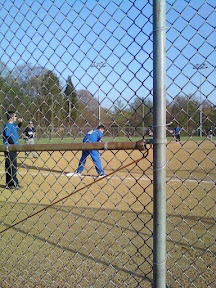 Above you see Mark waiting to run home… 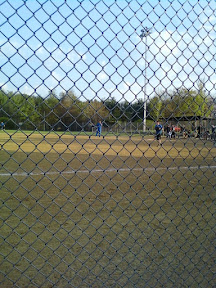 Here he is playing his position of First base… 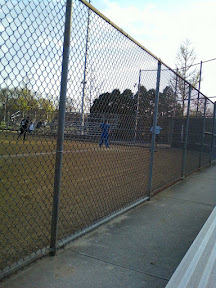 Last but not lease here his is, waiting to bat.

I really don’t know much about softball, or any sport. But I was glad I was able to go and watch him play. Hopefully next week they do better and win a game, which will really boost their spirits.

I feel sooo in tuned to Nature with these beautiful photos! The Geese are sooo serene. Mark's playing softball and you're taking beautiful photos makes me want to go to a Park! Unfortunately I spent Friday taking my Mom to Doctor for an ultrasound, a spot was detected on her left breast but thank God it turned out to be fluid, she just ended her radiation in January! I think it's suppose to rain for the next 4 days and turn cold again! At least I got to enjoy your photos!

Oh my Gerri, I am glad to hear your mom is OK. I'm glad it was only fluid and not something worse. It really warms my heart to know you like my photos and that they bring you joy.

I intend to have more park pictures, as I think I will go every Friday with Peanut to walk around. It's good for me to get off my butt!