Congratulations to the graduating class of 2009 at the Naval Academy! I knew they were graduating because the Blue Angels were out and about in Annapolis, flying around and practicing their formations on Tuesday. Then Wednesday came, and they performed for an hour for the graduating class. 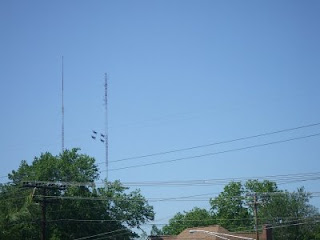 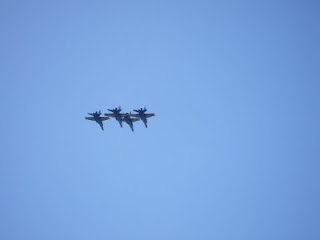 There are 6 F 18 Hornets total. I love watching these guys and gals fly! They are considered the best of the best. I remember as a little girl growing up in Forestville, MD, near Andrew's Air Force Base, all the fun we would have when it was time for the Air Show. Sometimes we would go to the base, sometimes we would sty home. One time while we were at home the Blue Angels were out flying for the air show, and my brother and I went tearing out of the house. Mom was close behind too. The jet that was flying over our house was so low, that when the pilot turned the jet upside-down to wave at us, you could see everything in the cockpit! It's one of my favorite memories!
Created by ~Marie~

OMG! I envy you sooo much! What an experience. My parents use to take me to the airport to watch the planes take off, of course that's no more thanks to this crazy world we live in. I luv going to Air Shows it's been a long time since I've been but what an experience! Yes Congratulations to the 2009 Graduating Class of the Naval Academy!
Thanks Marie for posting this post!

Air shows are so fun, i haven't been in forever too. But watching planes take off and land is fun too. Mark and I did that one day. We packed a picnic and watched for a bit.