There was a lot of talk about Macy's having a float in their annual parade from Seaworld. If you haven't seen the documentary yet, you should see Blackfish.
I was hoping that Macy's would listen to the number of people who signed the petition to pull the float. They didn't. I'm disappointed. I had no idea the treatment of the animals and fish at Seaworld was so poor. Not until I saw Blackfish.
I rarely shop at Macy's. And now that they backed a corporation that abuses the animals they say they are trying to protect, I don't think I can bring myself to shop there. And best believe I will not set foot in a Seaworld anytime soon. 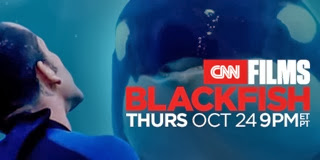 The big companies don't care at all about ethics, they just want money and more money. It's horrible, and we should stop that.
God bless you