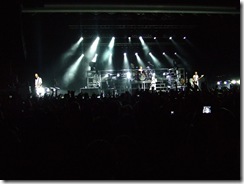 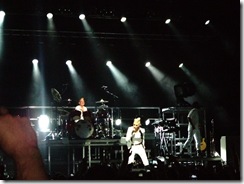 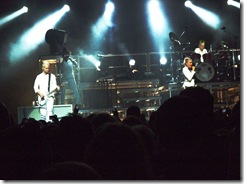 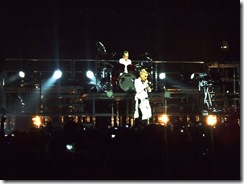 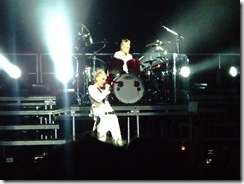 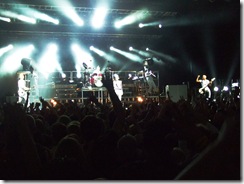 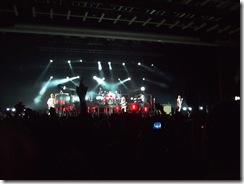 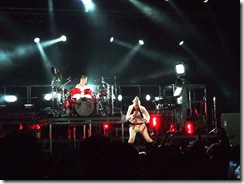 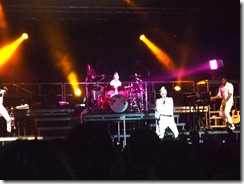 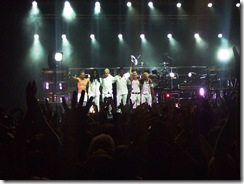 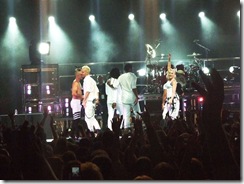 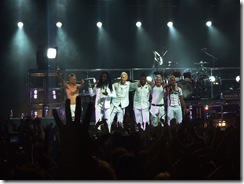 Gwen, Tony, Adrian and Tom were so awesome.  I can’t remember the names of the two guys who assisted with drums and extra stuff like, Trumpets.  It was such a great surprise.  Mark really out did himself!  We stayed in the Trump Plaza Hotel, but No Doubt was playing at the Borgata, in Atlantic City, NJ.  This was the first concert of their Reunion Tour.  And I will admit I am hoarse after singing along with all the songs.  They played songs off of Tragic Kingdom, songs off Return of Saturn, songs off Rock Steady, and songs off The Singles 1992-2003.  I also got a t-shirt!  As an extra special treat Mark printed out an extra set of tickets and had them laminated for me to keep as a keepsake. I might try to mail them one when the tour is done to see if they will sign it.

OMG!!! You are sooo lucky and Mark is incredibly SWEET!!! I was just reading about Gwen Stefani and her husband Gavin in US magazine! WOW! these photos are amazing, you had to have been pretty close! p.s. What was Trump Plaza like? Did you take photos?

I was very lucky and yes Mark is really sweet. We were pretty close, I wanted to get closer but the crowd wasn't budging. It's ok though.

Trump plaza was ok, it was all decked out in Marble and faux gold trim. I did not take pics of trump plaza though. It was more tacky to me than eye pleasing. The Borgata though... they have these lovely hand blown glass sculptures. The guy who did the ones for Atlantis, did them.